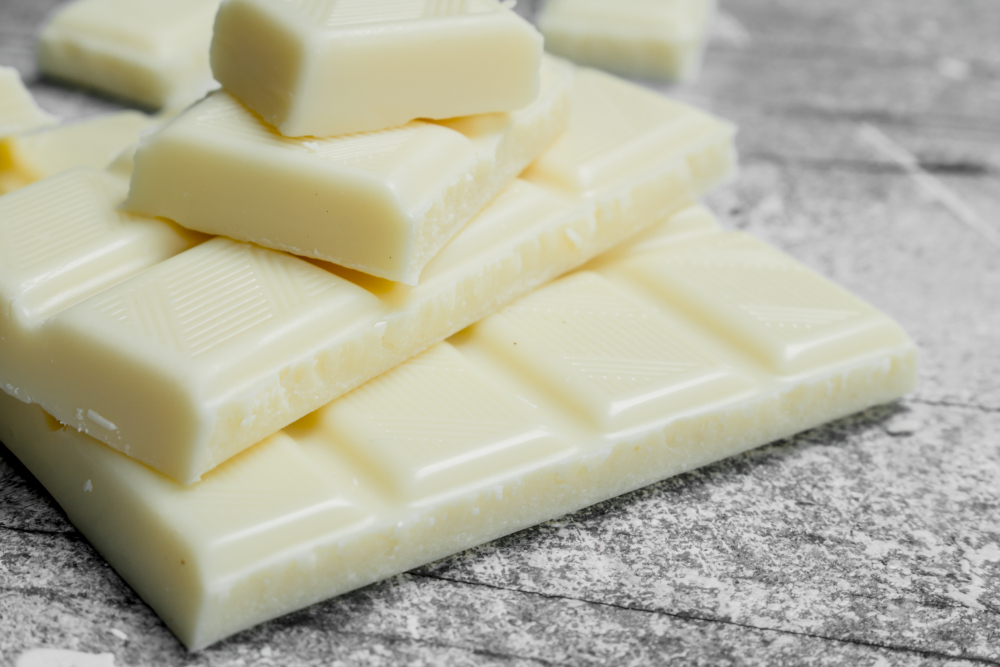 What Is White Chocolate?

White chocolate contains cocoa butter, sugar, and milk solids. It may also contain vanilla and emulsifier. It is sweet, creamy, and milky – perfect for sweet tooths out there. White chocolate is also favored for its ability to take on other colors. It is the perfect type of chocolate to add color to your creations. 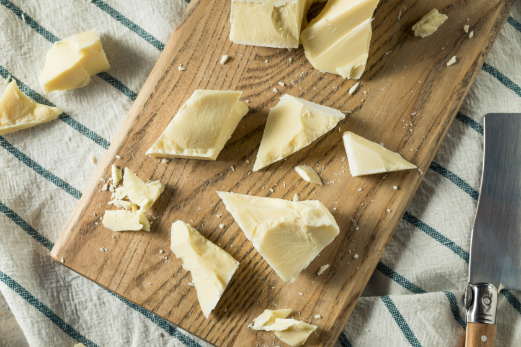 1. Real White Chocolate is Not White

Although it is called white chocolate, real white chocolate isn’t actually white in color. It is ivory or yellowish-white instead. This is because it has cocoa butter as the main ingredient, which is ivory in color.

On the other hand, white chocolate that has a pure white color usually has food coloring in it. This type of white chocolate is preferred for decorations; the color you add to it pops up vividly.

Here’s an extra fun fact: because it has a melting point of 34°C, cocoa butter is solid at room temperature yet melts smoothly in the mouth!

2. White chocolate was first invented in 1937

Some say that white chocolate was initially created as a way to use excess cocoa butter produced in the chocolate-making process. Others say that it was a means to utilize leftover milk powder from World War I that was no longer in demand.

3. The FDA prohibited white chocolate from being referred to as chocolate

Until 2002, the Food and Drugs Administration in the United States did not consider white chocolate as “chocolate”, but as a “confectionary coating”. Previously, FDA required chocolate to contain cocoa liquor, which is not present in white chocolate.

In 2002, a petition made by Hershey Foods Corporation and the Chocolate Manufacturers Association passed, and FDA published a rule for white chocolate to be called “chocolate”. Namely, the product must contain at least 20 percent cocoa butter, at least 14 percent total milk solids, and at least 3.5 percent milk fat, with no more than 55 percent nutritive carbohydrate sweetener (sugar).

4. The cocoa butter in white chocolate is the most expensive ingredient in chocolate

Cocoa butter, the natural fat contained in cocoa beans, is the most highly valued chocolate by-product. This is because of the high cost of extracting cocoa butter from the cocoa mass, and also its high value in the cosmetics industry. Besides being used for chocolate making, cocoa butter is used as a raw material in cosmetics (such as body lotions and hair conditioners) and pharmaceuticals.

5. Not all white chocolate is created equal

That’s not the case with Embassy Chocolate, though. Our premium couverture chocolate uses the ideal amount of cocoa butter that gives our products its wonderful fluidity. Our Embassy Zen White Chocolate 33% is expertly crafted to create rich, creamy white chocolate coins with an umami taste that is perfectly balanced with its mild sweetness.

For more information about this product, visit this page.